The Taos Tiger men’s program takes to the pitch Friday August 21 at 7pm against Santa Fe High to start their season with the annual home tournament. Invited teams include Monte del Sol, East Mountain, Silver City, Hatch, and Santa Fe High. Taos has repeatedly won the championship distinction at their home tournament. Playing several matches early in the season prepares the team for district competition, improving fitness and game awareness. Coach Michael Hensley is looking forward to the matches, and hosting so many great teams again this year. We will keep you posted here on the tournament outcomes, the schedule. 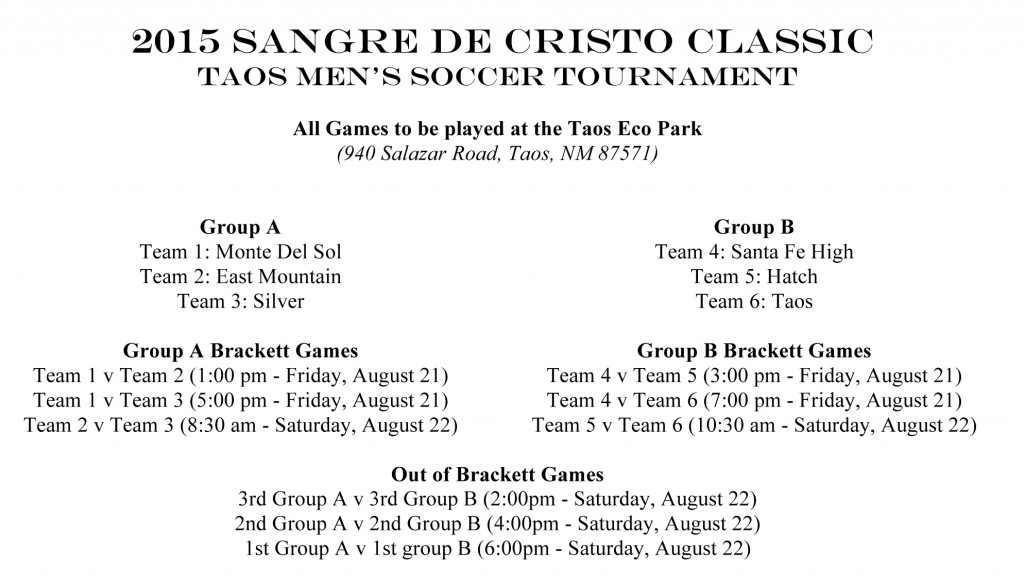